Ethernet is nice, but who wants to be tied down? Meet the ESP8266 – an inexpensive WiFi chip that’s taking the IoT hobbyist community by storm. 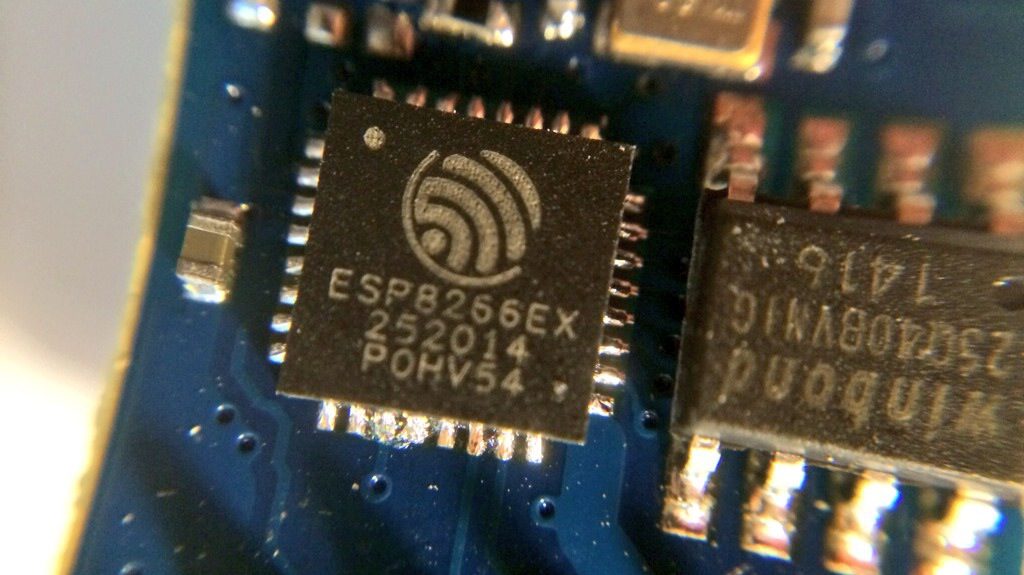 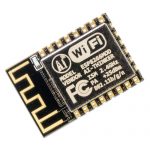 The ESP-12F, one of several inexpensive ESP8266 WiFi modules.

The ESP8266, being such a popular little chip, has a decent SDK and lots of community support. This makes it relatively easy for someone to get started in developing firmware projects that run directly on one of the many ESP modules available today. You can develop tiny standalone IoT projects very cheaply… all you really need is a $3 module (most have built-in trace antennas), a 3.3V power supply, and some imagination! There are easy-to-use frameworks available today that let you program the ESP using Javascript, Python, Lua, Arduino IDE, and native C/C++.

However, the ESP8266 has critical shortcomings that prevent it from being useful as a main system microcontroller for Reclone’s project. (We’ll define the project in more detail once more of its proof-of-concept activities are complete.)

In my mind, the ESP8266’s major shortcomings are:

Our choice for a main system microcontroller is the ST Microelectronics STM32F4 – an ARM Cortex M4 chip with attitude. It sports 1MB of integrated Flash, 192KB of RAM, clock speeds of up to 168MHz, two USB OTG interfaces, and a Flexible Static Memory Controller (FSMC) for connecting to PSRAM or parallel Flash. While there are many dev boards using this chip, we’re using the trusty STM32F4-Discovery, which has been out for a few years and has excellent community, vendor, and toolchain support. 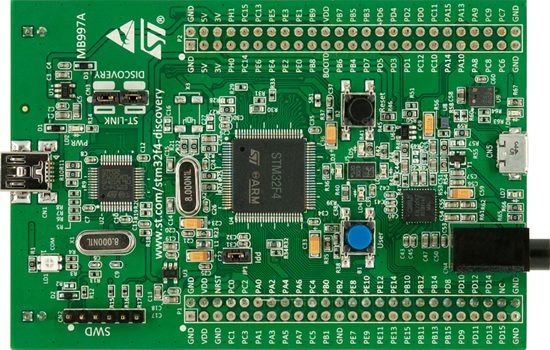 Even though the ESP8266 is not suitable as a main system controller on Reclone’s current project, it does provide a very inexpensive and integrated way to add WiFi connectivity to the STM32F4. Typically, people with Arduinos will connect a serial UART to the ESP8266, and communicate with it using AT commands. This may work for simple projects, but really the AT command interface isn’t sufficient for even moderately complex projects involving more than one TCP connection at a time. With a maximum UART baud of about 1 to 3 Mbit/sec, the best you can hope for is bursts of 100 to 200 KByte/sec, and under realistic conditions it will be a lot slower.

Fortunately, there’s an alternative! One enterprising individual (followed by several others) figured out how to connect an ESP8266 module to the Raspberry Pi Zero via an SDIO interface. Open-source drivers for a nearly identical chip, the ESP8089, let the Pi connect to WiFi.

The STM32F4 also has an SDIO master interface, too, but to my knowledge there aren’t yet any SDIO WiFi drivers written for a non-Linux microcontroller platform. Well, Reclone Labs will make that happen. 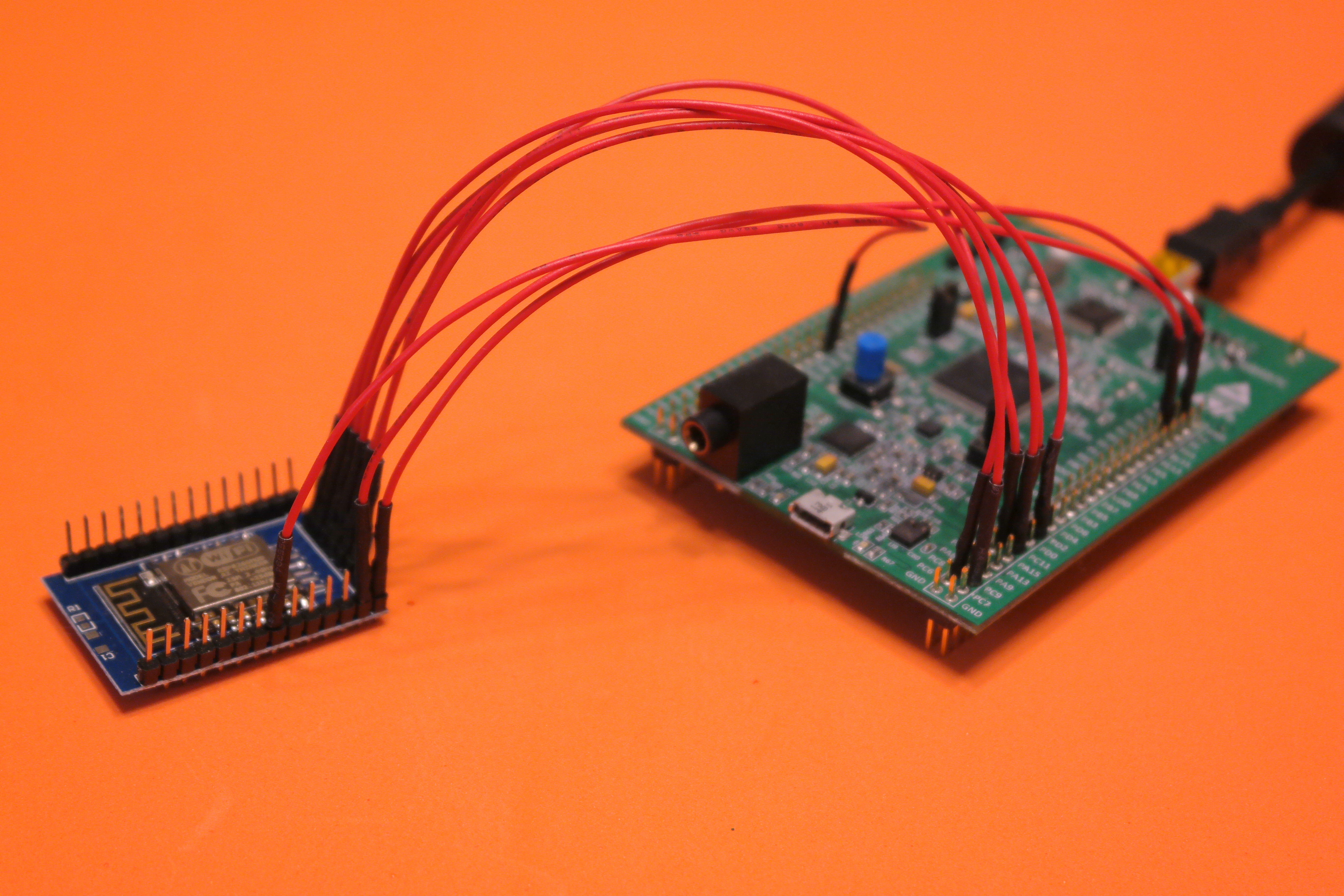 Our prototyping setup is very simple and inexpensive, and consists of:

The length and contacts of the jumper wires will limit the max reliable SDIO frequency to roughly 5-10 MHz, but that’s fine for prototyping purposes. At 4 bits per clock, that’s a burst transfer speed of 20-40 Mbit/sec, or 2.5-5 MByte/sec… already a LOT faster than the ESP8266 UART, and SDIO clock speeds can improve to 24 or 48 MHz with a properly designed PCB.

Our plan of attack: